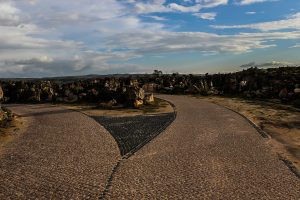 Is there something that you want to do or somewhere that you want to go?  Before you can go anywhere or do anything in life, you need to first make a conscious decision to do that thing or go to that place.  When you decide, I mean really decide, you are telling your subconscious, “Hey, this thing is now a part of who I am; it is a part of my identity.”  And, as is often a surprise, you suddenly start acting like this new person.  Your subconscious is funny that way.  As has been said on this blog and others, the most powerful concept in human psychology is the tendency to act like the person that you believe that you are.

What is a decision?

Defined as ‘a conclusion or resolution reached after consideration,’ a decision is really just a choice that you make.  We’re always making choices.  Some of them are big, such as where to go to school, where to live, whether to take a new job, or whether to find a new job.  Some of them are small, such as deciding what you want to do for the day, whether to flirt with someone and ask them out or when/if to start learning something new.  Sometimes that choice is whether to take a certain position on a topic, whether politically or at work.

Why are decisions important?

Every decision you make becomes a part of you.  When you make a decision, whether it is what to eat or where to go to college, you are actually telling yourself that the food or school you choose is now a part of you.  In the case of the food, not so important.  In the case of the school, however, it will affect how you think about yourself, how you act, and how you live your life.

Additionally, it is important to understand that if you don’t make a decision, or if you pitter patter along life just doing whatever, then you will remain stagnant.  If you remain stagnant, you never make anything new a part of you.  That means you never grow.  As the saying goes, if you are not growing, you’re dying.

Decisions are scary.  When you decide, you are essentially cutting off all other possibilities and diving head first into something.  And, when you realize that a decision is about changing YOU, even if only in a small way, then it gets even scarier.  Fear can be a powerful de-motivator.

Also, you begin to experience buyer’s remorse BEFORE deciding, wondering “is this the wrong decision?”  It is natural to question whether the other decision was the right one, and a hard instinct to fight.  Most people will dwell on all of the potential outcomes of each decision, but never make the choice.  They ‘get lost’ in the visions that they create in their heads.  Bad visions will make you fear choosing.  Great visions often make us, subconsciously, feel as if we have already achieved the things we want.  When you already have that feeling, the drive to move forward can be a difficult thing to find.

How should I decide?

There are many ways to assess a situation, problem, or opportunity and I won’t focus on any one in this post.  Also, let’s remove small decisions from this equation, since those decisions probably aren’t your concern.  In order to make better decisions, pay attention to these questions:

We will get into more about decision making in future posts, which will include more detailed information (along with a bunch of other questions to consider).  But for now, does this make sense?  What is it that you want in your life?